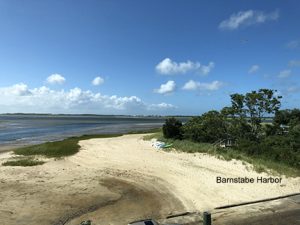 Welcome to the Town of Barnstable on Cape Cod!

Located on the beautiful Cape Cod peninsula, Barnstable is a vibrant and diverse community that offers a wide range of activities and attractions for visitors and residents alike. From stunning beaches and natural beauty to world-class dining and shopping, there is something for everyone in this picturesque New England town.

One of the most popular attractions in Barnstable is its beaches. With over 40 miles of coastline, visitors can enjoy swimming, sunbathing, and water sports on some of the most beautiful beaches in the world. Whether you prefer the seclusion of a quiet cove or the excitement of a bustling boardwalk, Barnstable has something to offer.

Another popular attraction in Barnstable is its rich history and cultural heritage. Visitors can explore the town’s many museums and historical sites, including the Cape Cod Museum of Natural History, the Sturgis Library, and the Barnstable Historical Society. Additionally, the town is home to a variety of art galleries, theaters, and performance venues, making it a great destination for those interested in the arts.

In addition to its many attractions, Barnstable is also home to a wide range of dining and shopping options. Visitors can enjoy delicious seafood and local specialties at one of the town’s many restaurants, or shop for unique souvenirs and gifts at the many boutiques and specialty shops.

Whether you’re looking for a relaxing beach vacation or an exciting cultural experience, the Town of Barnstable on Cape Cod has something to offer. So come and explore this beautiful and vibrant community today!

Southeastern Massachusetts is located in the position which can be best described as the biceps of the Cape Cod arm. Surrounded by Cape Cod Bay on the northern edge, Nantucket south, Mashpee and Sandwich west, and Yarmouth east. Located 53 miles east of Fall River, 69 miles from southeast Boston, and 250 miles from New York City. Town Hall is located at 367 Main Street, Hyannis, and the telephone number is 508-862-4600.

The History Of Barnstable On Cape Cod

Barnstable takes its name from Barnstaple, Devon, England. The area was first explored by Bartholomew Gosnold in 1602. It was one of the first towns to be settled in Plymouth Colony, one year behind Sandwich, in 1638, and was incorporated on September 4, 1639, the same day as the towns of Sandwich and Yarmouth. On the first Tuesday of December, the same year, its deputies took their seats in the general court. The early settlers were farmers, led by the Reverend Joseph Hull, the founder of Barnstable.[7] A memorial tablet was dedicated there in 1939 (the 300th anniversary of the town’s founding) marking the site of his home, and the rock from which he preached still stands along the highway there.[8][9][10]

Soon after the town’s founding, agriculture, fishing and salt works became its major industries. By the end of the 19th century, there were some 804 ships harbored in the town. But the role of sailing ships declined with the rise of ocean-going steamships and the railroad, which had arrived in 1854.

By the late 19th century, Barnstable was becoming world-renowned as the tourist destination it still is to this day. Many prominent Bostonians spent their summers on the Cape shores, as did presidents Ulysses S. Grant and Grover Cleveland. The most well-known family of the 20th century to summer in the town was, and remains, the Kennedy family. They still inhabit the Kennedy Compound in Hyannis Port. This was the summer home of President John F. Kennedy during his administration, and it was likewise the home of Senator Ted Kennedy until his death.

Today, tourists come in droves to the town during the summer months. Hyannis has numerous shops. Other attractions include the John F. Kennedy Museum and several other museums. Significant sites and renowned historic houses listed on the National Register of Historic Places include the Ancient Burying Ground and Gideon Hawley House, representing the town’s colonial history. The town’s many beaches are popular tourist destinations as well