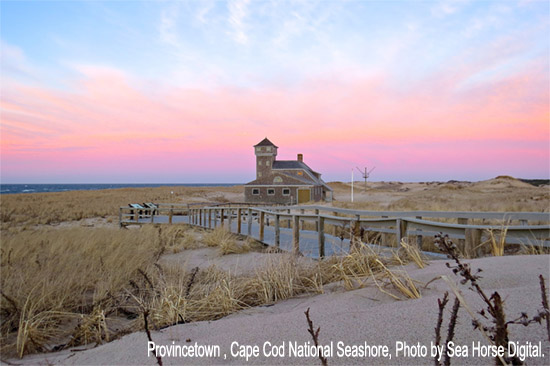 The Town of Provincetown was incorporated in 1727, but its history begins much earlier since its well protected harbor offered excellent protection from storms. The European explorer Gosnold recorded a stop in Provincetown as early as 1602 and the harbor was the site of the first landing of the Mayflower. The Pilgrims signed the Mayflower Compact in the harbor, to codify the way in which they were going to administer the new colony they intended to establish. Although rich fishing grounds resulted in the seasonal leasing of fisheries with licenses granted for bass, mackerel and cod fishing, the first permanent settlement didn’t take place until 1700. Provincetown grew very slowly during the 18th century and its population fluctuated with the price of fish. Farming was of secondary importance and aside from the fishing industry, there were only some salt works and one mill. After the Revolution, the town boomed and its population rose 276.6% between 1790 and 1830. Despite its relative lack of good farm land, by the middle of the 19th century, Provincetown had developed as the prime maritime, fishing and commercial center of the Cape. The Civil War, which destroyed so much New England business, only provided more markets for Provincetown’s fish. Portuguese sailors, picked up by American ships in the Azores and Cape Verde Islands to fill out their crews, came to Provincetown to live, and additional Portuguese immigrants had moved to town by the 19th century to work on the whaling boats and coastal fishing vessels. In 1875, there were 25 coast-wise and 36 ocean vessels operating in town, more than any community in the state including Boston. Provincetown was a bustling place with all the ancillary maritime businesses operating, such as ship chandlers, shipwrights, sail makers, caulkers, riggers, and blacksmiths. The picturesque setting and salt air also began attracting artists and writers by the end of the 19th century. This contingent grew and poets, novelists, journalists, socialists, radicals and dilettantes formed a colony which in 1915 opened the Provincetown Players in a converted fish house on the wharf. Among the writers whose works were performed there was Eugene O’Neill. When the fishing industry faltered from competition with cheaper Nova Scotia cod, and the Portland Gale of 1898 swept away half of the town’s wharves, the resort population of the town provided jobs to take the place of those lost. In the 1920’s the artistic and literary productions of the town were of international repute and the abandoned sites of maritime businesses became the new homes of the seasonal visitor as sail lofts, warehouses and barns became studios, galleries and shops. Today, the wealth of preserved historic buildings combines with the lure of the sea to support a huge tourist and summer home industry.

Situated on the northern tip of Cape Cod, Provincetown is bordered by Truro on the east and surrounded by the Atlantic Ocean on all other sides. It is 49 miles north of Hyannis, 78 miles east of Plymouth, 114 miles southeast of Boston, and 290 miles from New York City. Town offices are located at 260 Commercial Street, Provincetown, MA 02657. The main number is 508-487-7000. 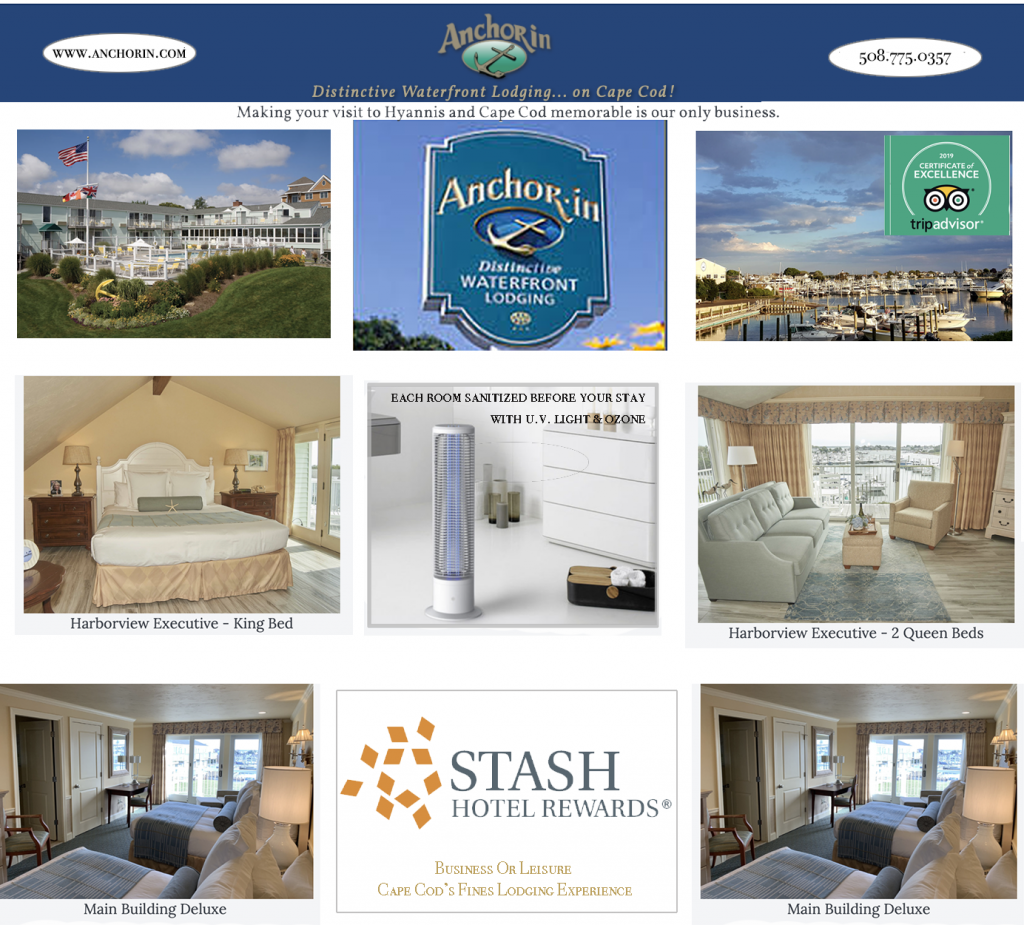