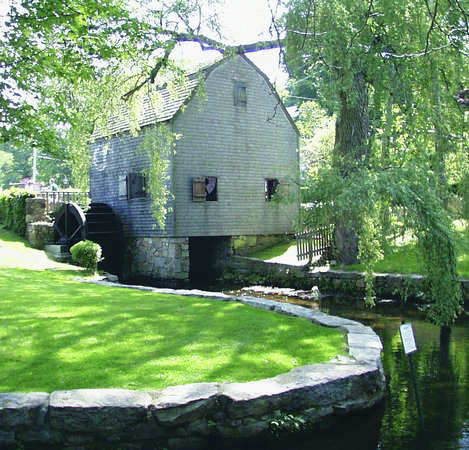 Walkway to the dunes wooden walkway extends over marshland toward the distant dunes and ocean In Sandwich, Cape Cod, Massachusetts

Walkway to the dunes wooden walkway extends over marshland toward the distant dunes and ocean In Sandwich, Cape Cod, Massachusetts,

Incorporated in 1639, Sandwich is the oldest town on Cape Cod. It is located on both sides of the Cape Cod Canal with the majority of its population and land mass on the southerly side of the canal. Sandwich is a mostly residential community with a winter populationconsiderably smaller than the population during the warm summer. Residents feel that its charm and uniqueness combined with its ideal location make Sandwich a very attractive place both to live and visit. Sandwich’s beaches along Cape Cod Bay stretch for miles and provide a wonderful view on a clear d

ay of the many vessels that pass through on their way to or from the Boston area. Commercial fishermen and lobstermen can be seen daily from the docks at the Sandwich Marina, the only harbor along the canal. Not too far from the marina is historic Sandwich Village which is a world renowned tourist destination, providing a glimpse into New England’s rich colonial history. Heritage Plantation, Sandwich Glass Museum, the Thornton Burgess Museum, Hoxie House (the oldest house on Cape Cod), Daniel Webster Inn, Dexter Grist Mill and various art galleries, rare book and antique stores are some examples of the attractions which bring visitors to Sandwich from all across New England and the world.

Southeastern Massachusetts at the beginning of Cape Cod. Bordered by Cape Cod Bay on the north, Barnstable on the east, Falmouth and Mashpee on the south, and Bourne on the west. Sandwich is 15 miles west of Hyannis; 57 miles southeast of Boston; 61 miles east of Providence, Rhode Island; and 238 miles from New York City. Town offices are located at 130 Main Street, Sandwich, MA 02563. The main number is 508-888-5144.