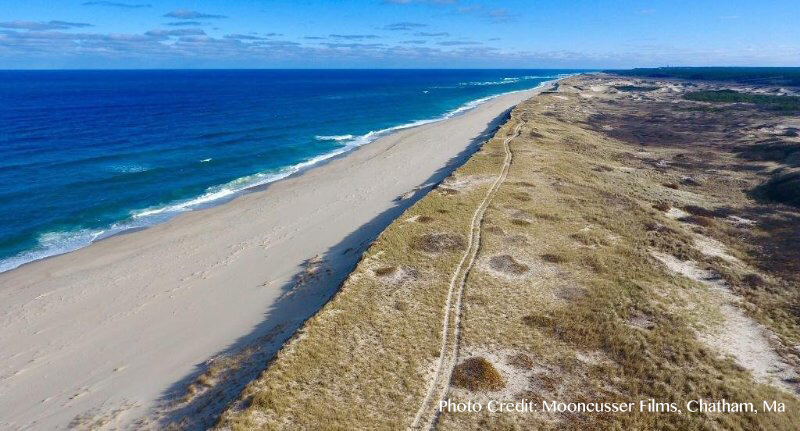 Truro
A meetinghouse built in 1827 and named after the Revere bell in its steeple, this church still holds Sunday services. Its windows are made from Sandwich glass. Located on Meeting House Road off Route 6.

Castle Hill Center For The Arts

Truro
Built at the turn of the century as an inn, this now operates as the Truro Historical Museum. The structure contains a collection of 17th Century antiques, period firearms, shipwreck pieces and fishing/whaling implements. Located on High Land Light Road.

10 Highland Lighthouse Rd
508-487-9201
North Truro
Public - 9 hole - You can see the ocean from every hole. The fairways are wide, and the greens are large. This is one of the Cape's great nine hole courses. The course was built on top of a high bluff overlooking the Atlantic Ocean. There are additional tees that can be used when playing an eighteen hole round.

Truro
Originally a railroad depot tower in Fitchburg, it is famous for a concert performed by "Swedish Nightingale" Jenny Lind in 1850. When an angry mob formed outside a concert hall after promoters oversold the Lind concert, she climbed the tower and sang to them for free. When the Fitchburg Depot was demolished in 1927, this tower was moved to Truro. It now sits beside the Highland Light Beach parking lot.

Truro
Some of Truro's first inhabitants were laid to rest here on the "Hill of Storms." It also marks the location of the town's original meetinghouse and Congregational church. After residents decided these buildings were too far away, a new church was built in 1827 at Truro center and the meetinghouse moved closer. The cemetery still remains with tombstones dating back into the 1700s. Located on Aldrich Road off Route 6.
Showing 1-10 of 14 items